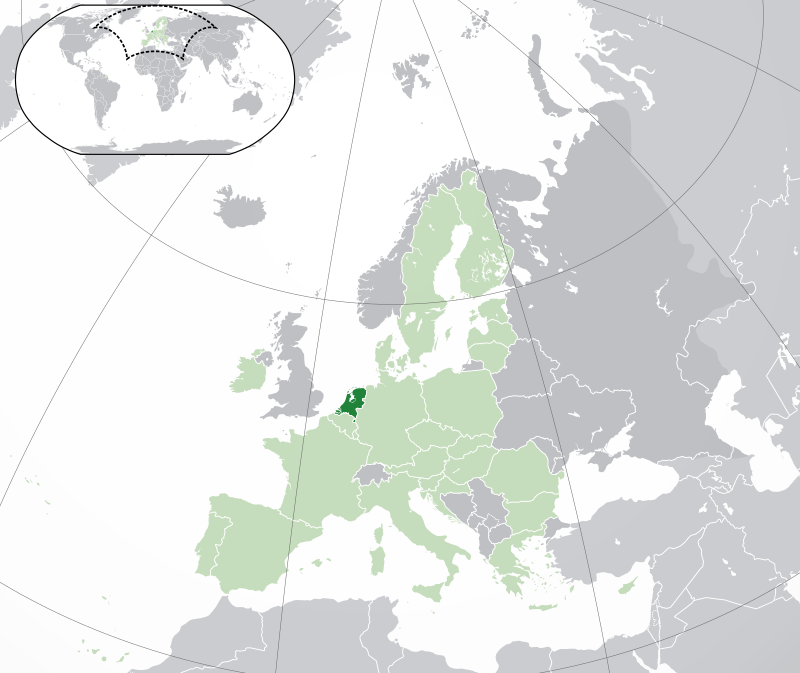 The Netherlands (/ˈnɛðərləndz/ (About this sound listen); Dutch: Nederland [ˈneːdərˌlɑnt] (About this sound listen); Frisian: Nederlân), also known informally as Holland, is a densely populated country in Western Europe, also incorporating three island territories in the Caribbean.[nb 1] It is the main constituent country of the Kingdom of the Netherlands. The European portion of the Netherlands borders Germany to the east, Belgium to the south, and the North Sea to the northwest, sharing maritime borders in the North Sea with Belgium, the United Kingdom, and Germany.[9]
The four largest cities in the Netherlands are Amsterdam, Rotterdam, The Hague and Utrecht. Amsterdam is the country's capital,[10] while The Hague holds the Dutch seat of parliament and government.[11] The port of Rotterdam is the largest port in Europe and the world's largest outside east Asia.[12] Utrecht is a central knot for road and railway communications, commerce and cultural evenements.
https://en.wikipedia.org/wiki/Netherlands
Top
Post Reply
1 post • Page 1 of 1