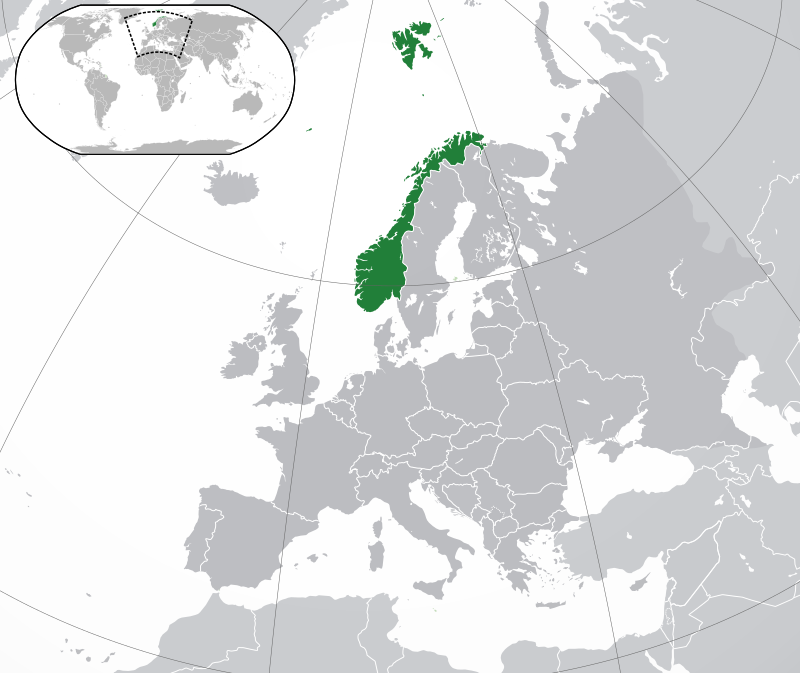 Norway (/ˈnɔːrweɪ/ (About this sound listen) NAWR-way; Norwegian: About this sound Norge (Bokmål) or About this sound Noreg (Nynorsk)),[10] officially the Kingdom of Norway, is a sovereign state and unitary monarchy whose territory comprises the western portion of the Scandinavian Peninsula plus the remote island of Jan Mayen and the archipelago of Svalbard.[note 1] The Antarctic Peter I Island and the sub-Antarctic Bouvet Island are dependent territories and thus not considered part of the Kingdom. Norway also lays claim to a section of Antarctica known as Queen Maud Land. Until 1814, the kingdom included the Faroe Islands, Greenland, and Iceland. It also included Bohuslän until 1658, Jämtland and Härjedalen until 1645, Shetland and Orkney until 1468, and the Hebrides and Isle of Man until 1266.
https://en.wikipedia.org/wiki/Norway
Top
Post Reply
1 post • Page 1 of 1